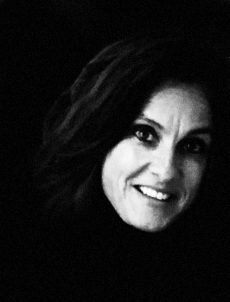 I am a visual innovator, building and maintaining corporate visual identities in Media Houses. I work mainly with development of new digital products, cross-organizational, focusing on user experience, the right product for the right people and aesthetic.

Before founding my own firm, Visual Innovation, I was Head of Design at ALT for Damerne for 3 years, a lifestyle Womans Magazine, and Head of Design at Dagbladet Børsen for 8 years, a daily financial newspaper. And before I worked 11 years as a graphic designer at Politiken, a daily Newspaper. I am a juror in both national and international design competitions.

Principal Designer at Nitor Digital Engineering, a consultancy in Stockholm and Helsinki.

As a facilitator and leader, brand strategist and art director, Björn works in the borderlines where tech and psychology, innovation and art meet. He is on a mission to create the best user experiences in the world, through empathy and customer-driven design.

Björn’s background is in the field of education, web development, and visual journalism for some of the largest media companies as well as public sector in both Finland and Sweden.

His work for digital and printed publications has received numerous international awards for design, art direction, and visual strategy. Björn is an experienced judge of journalistic design and UX in Northern Europe, continental Europe and Northern America. 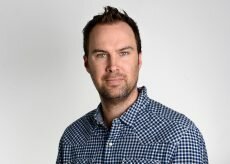 Johan has worked with UX design the last couple of decades and currently focus on digital news design within Mittmedia and Bonnier news. He’s currently in the process of redesigning Mittmedia local news site and apps together with his awesome UX team at Mittmedia. He’s really looking forward to have a look at all the digital entries in the SNSDS design competition! ♥ bt.no
Lasse Lambrechts is part of a team at Bergens Tidende that are pioneers of modern data journalism in Norway. The team, called “bord4”, has spent the last ten years experimenting with storytelling and new ways to present numbers and data structures.
Lambrechts’ background is from programming and bioinformatics. His role in the team is reading long documents, drinking coffee and analyzing numbers. From time to time a visual idea pops up in his head that seems to work well. Head of Multimedia Design Ekspress Meedia, Estonia
♥ ekspressmeedia.ee
Since 2010 I have worked in Ekspress Meedia with digital storytelling, at first as head designer of iPad editions of our newspapers and since 2015 as head of multimedia design. I have also designed websites of our newspapers Eesti Ekspress, Eesti Päevaleht and Maaleht, but my passion is immersive storytelling. Design producer Helsingin Sanomat data and design desks, Finland
♥ hs.fi
She works for better digital storytelling with all the news departments and brings reporters and visual professionals together in the newsroom.
She had a little leap into academic world studying mobile visual storytelling in Oxford University’s Reuters Institute in 2017-18. She has background in writing for newspapers and reporting on radio, but her true growing field was in newspaper design.